Before taking down the whole thing, I added the last images and posts on the wall. 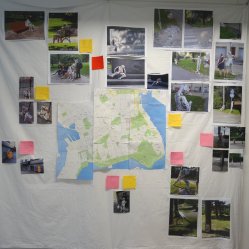 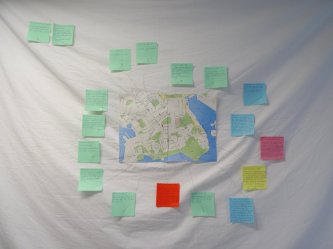 I didn’t feel like going to check on the last scultpure standing in a distance from the gallery considering the heavy rain we’ve had in the morning. Still I can share pictures of its last moments thanks to the participant who took great care of it.

I did not want him lay there and be kicked into pieces, nor did I want cars to drive over him or have him dumped somewhere by the cities garbage collectors, so … I throw him into the sea, to disintegrate and to join thousands of other seamen before him. To me, this was more respectful and in line with his identity. Of course, he was just an icon made of paper, a symbol of something, but symbols can heal, can carry a deeper meaning.

Pictures made by Jan-Henrik 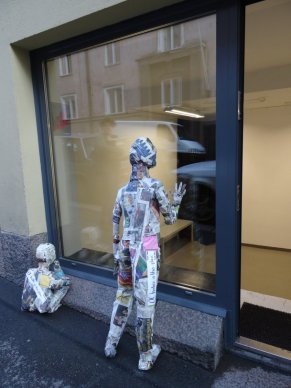 The last figures standing are now looking at an empty space. And the lights are off.